Three leading Dutch hydraulic organizations have been involved during the development of the Dutchdam. The Innovation Test Centre of the Ministry of Transportation and Water Management (RWS), GeoDelft and WL_Delft Hydraulics (WL),(since January 2008 merged with others to form the national institute DELTARES) are convinced of the special qualities of the Dutchdam and made the following statement:

As its conclusion to the validation report on Dutchdam, the RWS states:

on the basis of the results in phases 1 and 2 we conclude that the Dutchdam:

1. can be employed as a temporary flood defence and fulfils all the requirements and conditions set out by the Ministry.
2. demonstrates its superiority by the way in which it can be speedily deployed and installed; its appearance is also in keeping with the local architectural ambiance.
3. is stronger, more reliable and more cost-effective than panel barriers. The Dutchdam requires a greater initial outlay, but is more economical to manage and maintain. 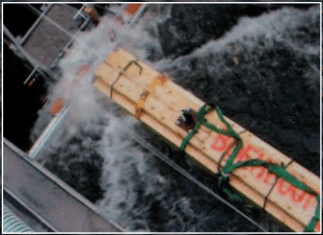 Hydraulics. The test laboratory of DELTARES ( WL_Delft Hydraulics) wrote in its final report that the Dutchdam is stronger expected. They demonstrated that impacts of more than 400kN on a surface of some dm2 were absorbed by the entire wall. The construction of the Dutchdam is then also the reason that wave tests and relatively heavy collisions with an object of 600kg at a speed of 2m/sec. at right angles to the wall caused absolutely no damage. This ductility shows the

unique safety standard of the Dutchdam in relation to the especially efficient way the construction is built. The stanchions of the Dutchdam are to a certain extent flexible, with the result that, particularly with the greater defence wall heights, a considerable amount of energy from any collision can be absorbed. The circumference of the colliding objects must be limited by a correct positioning on the foundation. In the event of a powerful collision the Dutchdam stanchion will initially distort in a selected place, ensuring that the barrier function of the wall is maintained. 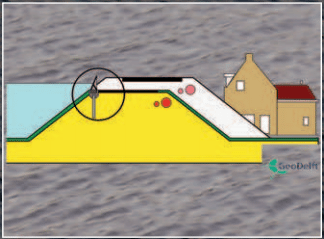 GeoDelft reports in its analysis:
The choice is:

a: to raise/adapt the entire local infrastructure or
b: to install the Dutchdam

a: raising the height of a levee:
Advantages: no limits to how this is implemented – can be used to compensate for large deficiencies – unlimited durability.
Disadvantages: services need to be laid – Roads have to be renewed – Approach and slip roads have to be made – Social restrictions are affected – Extra height required for : Houses have to be demolished – Cables and mounting – Damage caused by mounting.

b: using the Dutchdam:
Advantages: No houses need to be demolished – Existing dike road remains intact – Cables and services are not disturbed – Approach and slip roads do not change – The view and accessibility stay the same – Social restrictions are complied with – No mounting structure to be built.
Disadvantages: A deployment procedure is necessary – Only applicable for height deficiency – Restricted durability. Result: Heightened security with positive effects on the environment and costs incurred. 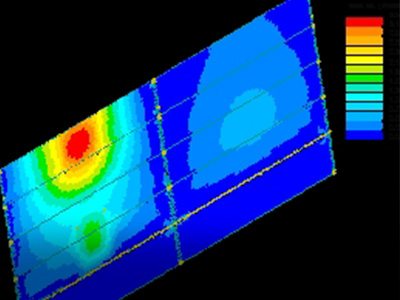 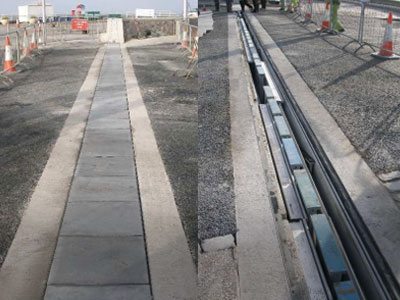 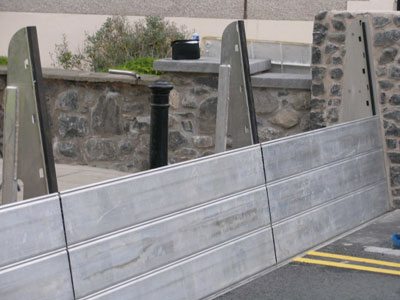 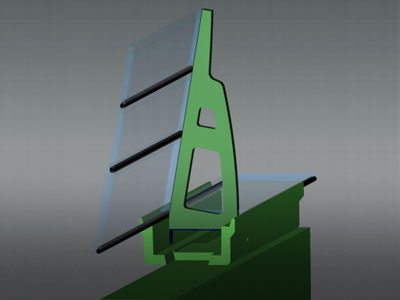 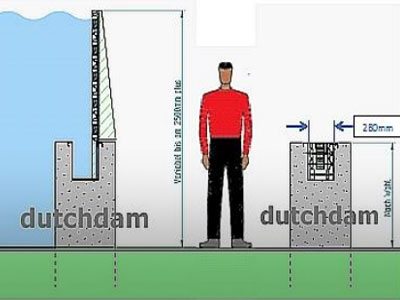 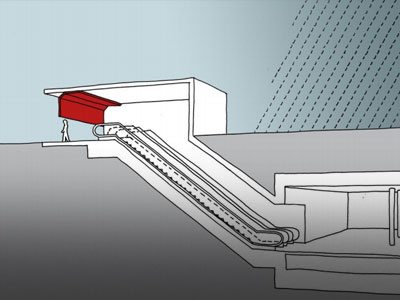 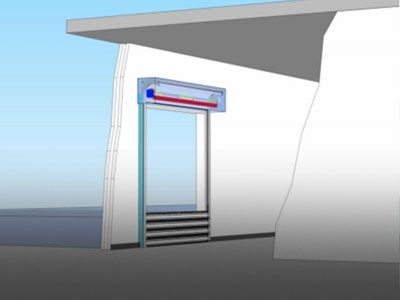 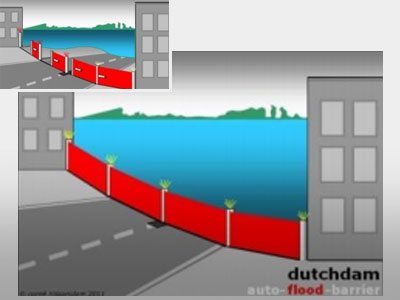